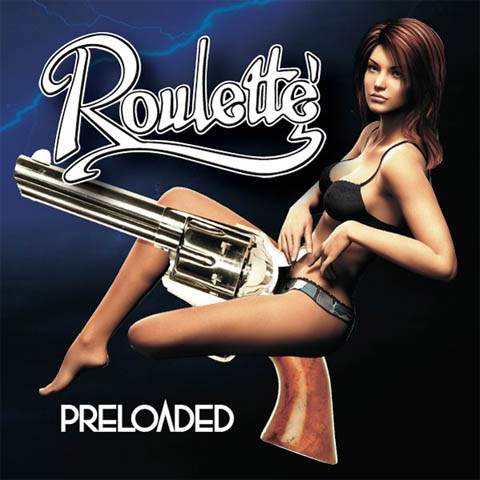 Detroit has always had a thriving music scene and the Eighties were no exception when it came to rock and metal. Roulette was one of the hottest bands that took the raw Motor City energy and combined it with chugging riffs and vocal harmonies with catchy hooks…not to mention a killer high energy live show. Joe Moder (vocals guitar) worked at Gus Zoppi’s music on the notorious 8 Mile Road teaching guitar when Matt Jackson (guitars) and Darrell Schneck (drums) came in to buy strings and drum sticks. Sharing the same musical tastes and aspirations, Roulette was born. Finding a bass player (Patrick Morgan) proved to be more difficult, but fortunately the four connected and began working on what would become Pull The Trigger. They began playing local shows at venues like The Ritz, I-Rock and Harpo’s and also warming up for nationals like Firehouse, L.A. Guns, and XYZ, but it became apparent that they needed to get exposure elsewhere. They packed up the Winnebago and began touring other Midwest Rock/Metal cities with great success. Along the way, Roulette made time to record Pull The Trigger which was released as a cassette only to a sold out crowd at Harpo’s in front of 2,100 screaming Metal-Heads. This original tape has now changed hands for over 100 dollars so it was time to release a remastered cd version of this cassette as well as releasing the Preloaded compilation album of unreleased material. So if you dont have the tape then its time for you to discover Roulette