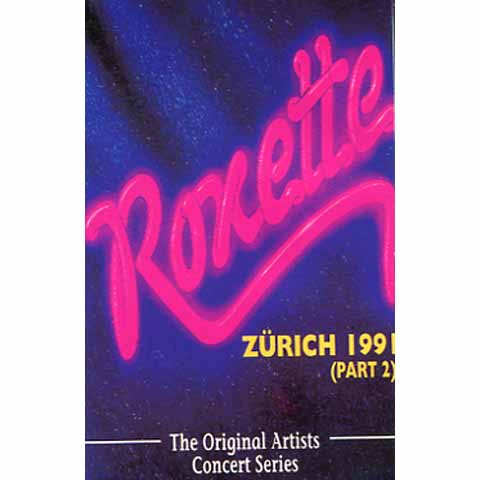 Roxette were one of the biggest global pop acts of the 90s, selling over 75 million records around the world and dominating the charts with songs like “The Look,” “Listen to Your Heart,” “Joyride,” and “It Must Have Been Love,” all four of which hit the top of the Billboard Hot 100. Hailing from Halmstad, Sweden, Roxette are a duo featuring vocalist Marie Fredriksson and songwriter, vocalist, and multi-instrumentalist Per Gessle. Even though their 1988 album Look Sharp was a massive success in Usa it would be their next album, 1991’s Joyride, that would take them out on the road outside of Scandinavia. Joyride went platinum in America and the Join The Joyride World Tour saw the band playing a total of 100 shows throughout Europe, Australia and the Americas, playing to over 1.7 million people. Canadian rock band Glass Tiger supported Roxette on all European dates. This was recorded during the European leg of the tour, namely at Hallenstadion in Zurich, Switzerland on the 9th of October 1991. With fans singing back-up to most of the songs it makes you realize that Roxette really produced songs with an unbeatable pop craftsmanship.