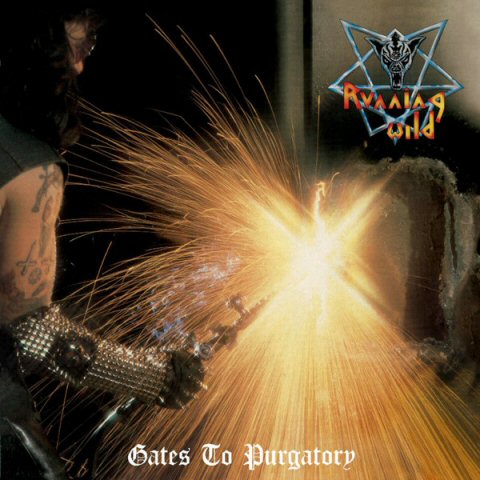 Running Wilds debut album ‘Gates To Purgatory’ is among the essential classics of ‘Heavy Metal made in Germany’. Every fan of German quality steel has to own this killer, no excuses! Already back then the Hamburg based hell soldiers had their own, inimitable style, but a lot straighter and also rougher than on the following releases. But the band neither sped through their battle hymns on mach 3 speed, no, they always had variety on offer. Besides ultra speedies such as ‘Adrian S.O.S.’ we also get slower song like ‘Preacher’, slow, but damn heavy. Basically every song is perfect to sing/shout along and bang your head. Other classics are ‘Prisoner Of Our Time’, ‘Genghis Khan’ as well as the ultimate hymn ‘Diabolic Force’.