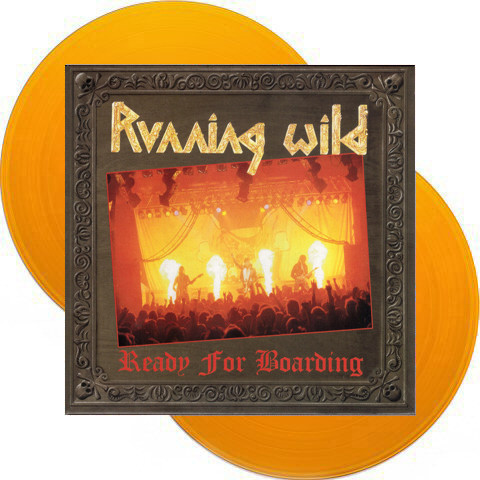 It’s 1987, and after some line-up changes the world’s only real pirate metal band emerge with a tour to support their popular new album, ‘Under Jolly Roger’. They decide to release a documentation of the tour, so a couple of shows in Germany get recorded, and released in early 1988, making up the content of what I consider to be a very, very strong live album. ‘Ready For Boarding’ wasn’t widely recognised, which is a shame, because this album is in my opinion just as good as Live After Death, Live in the UK, maybe even the immortal Unleashed in the East (okay, maybe not that great, but you see my point). Pretty much every song on here is represented in its ultimate form. Most of them are also faster than the originals, which is never a bad thing. The traditional shout-along crowd pleasers, like Raise Your Fist, Raw Ride, and of course the band’s ultimate classic Under Jolly Roger, work better than ever. The earlier songs from the two first albums, Gates to Purgatory and Branded And Exiled, are pumped up to the maximum on here, thanks to the new members (Bass virtuoso Jens Becker and drum ditto Stefan Schwarzmann) and increased experience and skills for the two guitarists, Majk Moti and the one, the only Rock N’ Rolf. The two axemen really show their true quality, which wasn’t always apparent in Running Wilds early catalogue, on songs like Raise Your Fist, Prisoners of Our Time and the oh so underrated Diabolic Force (damn, that song should be fucking legendary, it would probably be if every metalhead got to hear this version). Purgatory is a song that the band wrote to PMRC that has never been released in a studio version, which doesn’t bother me at all since no fancy studio equipment could do this song justice. It’s a live song all the way through. Interesting too how it sometimes resembles Judas Priest’s version of The Green Manalishi. I also have to point out how amazing my Branded And Exiled favourite Mordor sounds on Ready For Boarding. It used to be a dark haunting piece, but not very headbangable since it was a bit too slow. On here, it sounds like it’s on fast forward. Amazing. This overlooked gem is the perfect documentation of Running Wilds early years, since it’s pretty much as great as a live album gets. This is the classic Running Wild line-up if you ask me, and they’re all at their personal best here. If youre ready for boarding then buy this