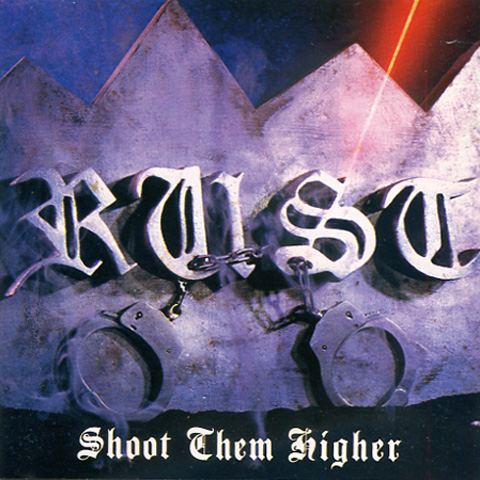 Rust is mentioned among acts such as Vavel, Crush and Sarissa as some of the best metal releases that came from Greece during the 80s. Shoot Them Higher is powerful and power-charged traditional 80s metal. The band was formed in Athens back in 1984 and just by performing gigs they started to build up quite a big and loyal fanbase. The band then went into the studio in 1987 to record some of the songs they had been playing during they years to release their debut album Shoot Them Higher. It would take 17 months before the album finally hit the record shelves. Shoot Them Higher offers a delicious mix of Teutonic 80s steel a la Accept / Running Wild, brisk NWOBHM material and traditional US metal. The tour for the album was a complete success at the time and that even helped the album to enter the domestic top 20, which was unheard of for a heavy metal album in Hellas at the time. The band were rushed into the studio to build on their moment and to record and release their second album, Power Disorder. But the band were exhausted and when three members left, including vocalist Makris everything fell apart and Rust was temporarily put on hold and sadly they never returned even though they never officially split-up until early 2012. So this is a major bit in the Greek heavy metal history