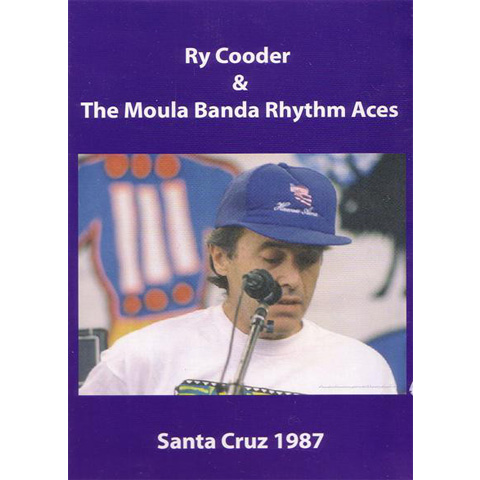 Near the end of 1987, the eleventh studio album by Ry Cooder was ready to ship. Get Rhythm was as traditional a work as Cooder had produced in a decade, and as its loosely themed concept wound its way across its nine classic cuts, performed by a line-up of seasoned, rootsy musicians (featuring the likes of Van Dyke Parks, Jim Keltner, Bobby King, Flaco Jimenez and a host of others), the record gave Cooder his best seller since the late seventies. Some months prior to the release of Get Rhythm, Ry Cooder had performed a number of dates with the aptly named Moula Banda Rhythm Aces, featuring pretty much the same line-up as were concurrently recording the upcoming album. Their performance at the Catalyst in Santa Cruz, on the 25th March 87, was filmed, and this stunning recording have now been released on dvd. Now you can see Ry rip on the old 6 string and show why he is top of his game.