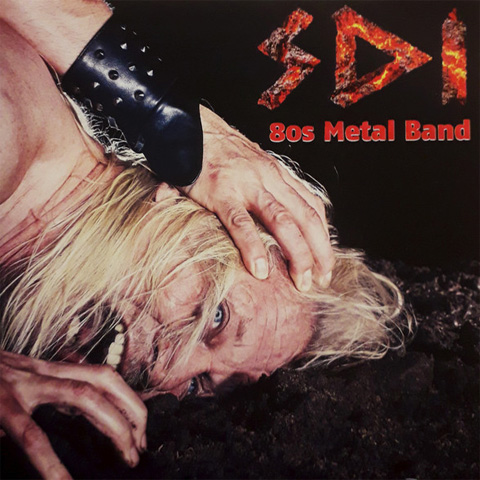 31 years after their last regular longplayer Mistreated the German Speed Metal veterans of SDI returned with a new album, 80s Metal Band. Already since 2013 the resumed activities of the band have been condensed with several concerts and festival appearances and so the band was on stage again at the Keep It True, the True Trash Fest in Japan, as well as the Czech Obscene Extreme and several shows and tours across Europe since 2017. In the year 2019 the trio finally made it back to various studios, where they recorded 12 new tracks, which reflect the band’s range from speed metal grenades to metal anthems in best old-school manner. To get rid of the expectation to have reinvented the wheel somehow, the title of the album makes it clear what’s going on – and so this album is all about the 80s, respectively the style the band already made her mark in in the 80s. This album is therefore not only a description with which SDI also feel represented in 2020, but also the motto and title of the new longplayer, which takes the listener 30 years back in time.