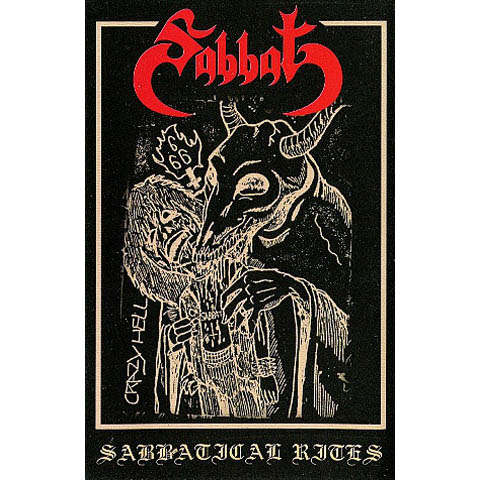 Japanese act Sabbat released their self titled EP in 1985. Influenced by more sinister strains of underground heavy metal and decidedly evil and Satanic imagery, Sabbat endeavoured to push metal to its logical extreme and, as a result, Sabbat is among those few bands that ushered in the first wave of Black Metal. The debut EP contained early versions of Mions Hill and Black Fire. As relevant today as when they were first released, these songs remain staples of the Sabbat catalogue – a testament to the durability of Sabbats sound through the decades. This limited release includes some of the band early EP’s collected on one release. This gives you a glimpse of the first steps from a group that become one of Japans most respected metal acts.