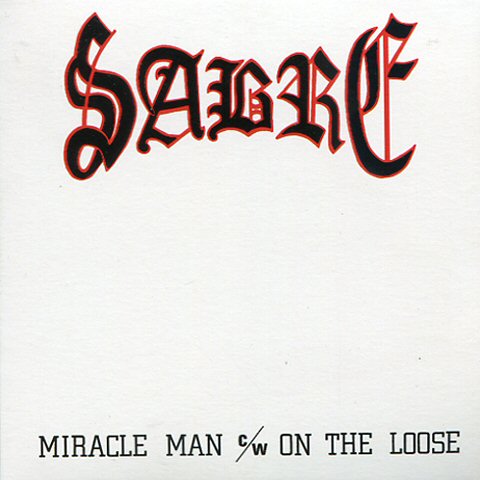 Yet another minor signing by New Wave of British Heavy Metal’s defining label, Neat Records. Croydon five-piece Sabre displayed a very raw but energetic sound on their 1983 single release “Miracle Man,” with the B-side “On the Loose.” Formed in late 1980, and featuring vocalist John Ward, guitarists Nick Fusco and Alan Beschi, bassist Geoff Gillespie, and drummer Allan Angold, Sabre were twice mentioned in Kerrang! magazine’s “Armed and Ready” section before being asked by Neat to contribute the song “Cry to the Wind” to 1982’s 60 Minutes Plus metal compilation. The aforementioned single duly followed, while “On the Loose” eventually appeared on 2002’s The Flame Burns On: The Best of Neat Records. Despite the band’s similarities to label mates Persian Risk, and early material from the significantly better known Tygers of Pan Tang, “On the Loose” was the last anyone ever heard of Sabre.