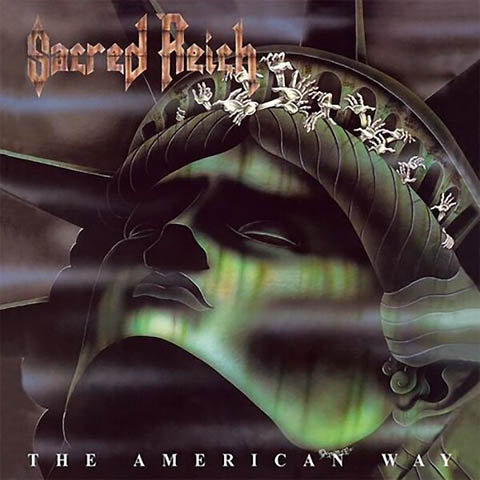 As they evolved, Sacred Reich not only became one of the more accessible thrash metal units, but also one of the most lyrically compelling. Dark, troubling and often highly sociopolitical, Reich has a lot to say on this solid effort. Addressing such topics as environmental destruction (Crimes Against Humanity) and the horrors of apartheid in South Africa (State Of Emergency), The American Way makes us glad that lead singer/bassist Phil Rind had become fairly easy to understand. Who’s To Blame points the finger at those who blame headbangers for teenage suicide, arguing that metal’s detractors should look for the real culprit and say something about parental neglect instead. More lighthearted than the rest of the album, 31 Flavors is a rap-influenced number urging metalheads to broaden their musical tastes and check out some hip-hop and funk. The American Way was definitely Reich’s finest hour.