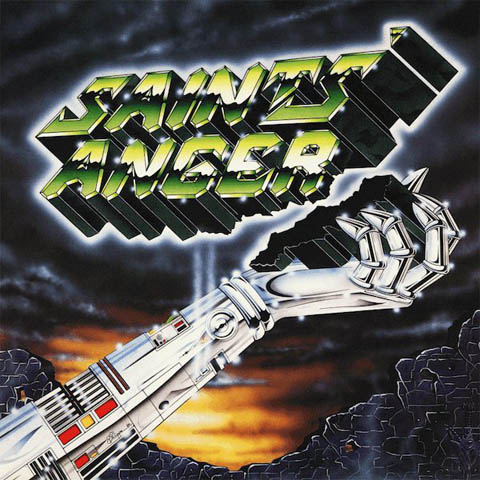 The first glorious years of the 80s was spawning bands like Accept, Scorpions and Trance in Germany but after a few years there was a second wave of German metal that were turning up the speed and playing thrash metal. Saints Anger from Speyer in Germany was bit unlucky with their timing as their debut was released in 1985 by Mausoleum Records in Belgium. Even if the band could speed things up, if they had to, they were still a traditional heavy metal act so they couldnt really surf on the new thrash metal wave. Vocalist Harald Piller could sometimes be compared to a melodic version of Udo Dirkschneider. Energetic and powerful heavy metal that should please fans of 80s metal