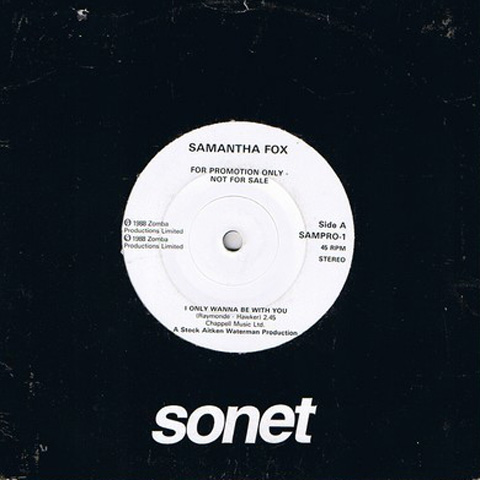 Samantha Fox ‎–I Only Wanna Be With You 7″ [promo]

Reduced price due to cover and vinyl being vg+

Swedish promo 7” in a Sonet cover. Both sides play the same track

I Only Want To Be With You was written by Mike Hawker and Ivor Raymonde. It was recorded by British singer Dusty Springfield and it peaked at number 4 on the UK Singles chart in January 1964. Three remakes of the song have been UK chart hits, the first two by the Bay City Rollers (1976) and the Tourists (1979) matching the number 4 peak of the Dusty Springfield original, while the 1989 remake by Samantha Fox peaked at number 16. In the US on the Billboard Hot 100 chart.

Track list:
1. I Only Want To Be With You-Dusty Springfield cover