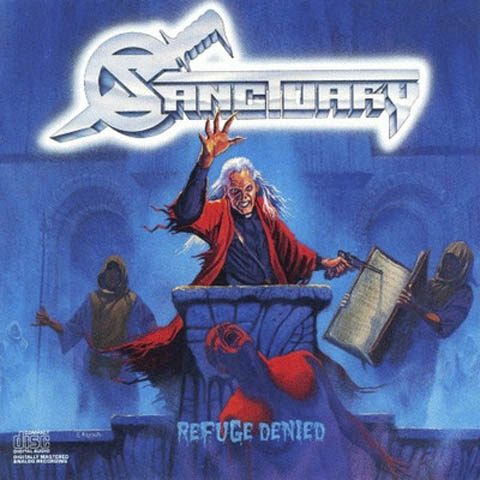 Here we have the precursor to Nevermore, Sanctuary. Featuring Warrel Dane and Jim Sheppard of Nevermore with guitarists Sean Blosl and Lennt Rutledge with drummer Dave Budbill Sanctuary released two heavy thrash albums in the late eighties. The band was discovered by Megadeths Dave Mustaine and without him Sanctuary wouldnt have hit the big time and maybe it wouldnt have been a Nevermore. Mustaine produces, plays some riffs, a solo, and does some backup vocals on this album. Even the beginning of Soldiers Of Steel sounds like a Megadeth riff. This is a splendid debut and it also have some of the highest screams ever recorded. The songs themselves are thrashy heavy metal occasionally sounding like Judas Priest (especially vocally). The starting track, Battle Angels is one of the best on the album, very catchy. Highly recommended