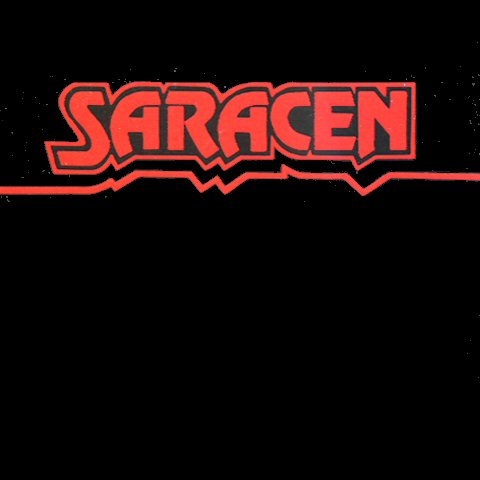 Saracen -We Have Arrived cds

Derbyshire’s Saracen was a hard, verging on progressive, rock ensemble that was founded in Derbyshire in 1976. The band released their critically acclaimed debut album ‘Heroes, Saints And Fools’ in 1981 and were caught up in the New Wave Of British Heavy Metal genre. However the band never tried to overtly latch onto the movement’s coattails, and was all fine musicians in their own right, particularly singer Steven Bettney, who possessed a rich and powerful voice. Completed by Robert Bendelow (guitar), Richard Lowe (keyboards), Barry Yates (bass), and John Thorne (drums), Saracen earned an early patronage from influential Friday Rock Show presenter Tommy Vance, who invited them to record a few radio sessions. For the second album ‘Change Of Heart’ the band signed to Neat records and the single ‘We Have Arrived’ was released prior to the album as a taster of what to come. This second album was a more hook and synth laden post-progressive AOR rock in the vein of a Kansas or Magnum. This was a very well played album but in the sad reality Neat records weren’t able to promote bands that played that style of metal and the band were doomed while they were signed to metal-specialized Neat. The group made it to one more Friday Rock Show session before the band called it a day. The split would last for 15 years before the band resurfaced and Saracen proved with the ‘Red Sky’ album in 2003 and especially the ‘Vox In Excelso’ in 2006 that they once again were masters when it comes to progressive melodic epic metal

Track listing:
1. We Have Arrived
2. A Face In The Crowd