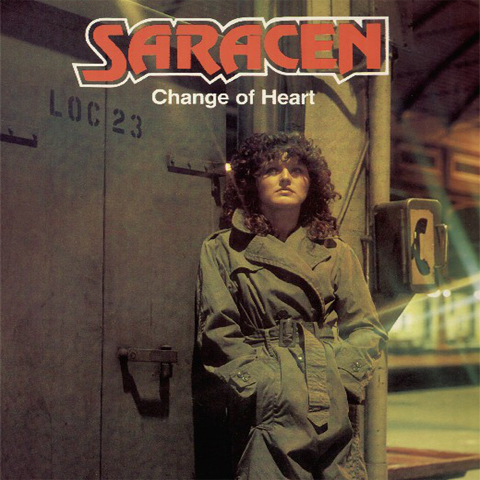 Derbyshire’s Saracen was a hard, verging on progressive, rock ensemble that was founded in Derbyshire in 1976. The band released their critically acclaimed debut album ‘Heroes, Saints And Fools’ in 1981 and were caught up in the New Wave Of British Heavy Metal genre. However the band never tried to overtly latch onto the movement’s coattails, and was all fine musicians in their own right, particularly singer Steven Bettney, who possessed a rich and powerful voice. For the second album Change Of Heart the band signed to Neat records and it signalled a change of direction too. This second album was a more hook and synth laden post-progressive AOR rock in the vein of a Kansas or Magnum. This was a very well played album but in the sad reality Neat records weren’t able to promote bands that played that style of metal and the band were doomed while they were signed to metal-specialized Neat. The band continued to gig extensively, until finally closing the book in mid-1985.