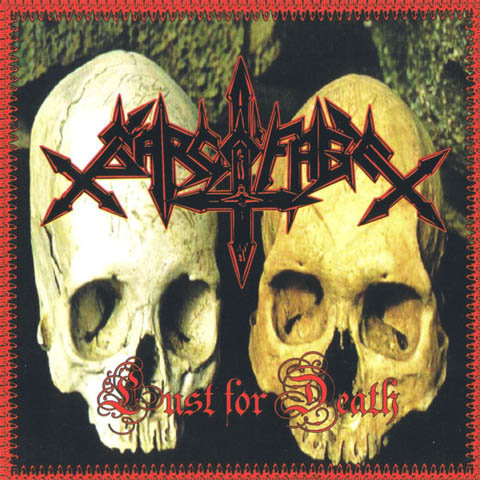 Along with the now legendary Sepultura, Sarcófago (translation: sarcophagus) integrated the first wave of Brazilian death metal bands, a ragged collective that stormed out of the South American nation just as it was emerging from decades spent under an oppressive military dictatorship. Though the country’s metal scene was understandably small and close-knight at the time, from the very start Sarcófago was committed to doing things differently. Not only were they the most extreme and inaccessible of Brazil’s early death metal champions, verging on and, some claim, pioneering what would later be known as black metal, but they also embraced the seemingly at-odds elements of punk rock to boot. And even though this radical approach ultimately didn’t spell a recipe for widespread success, it certainly made Sarcófago impossible to ignore.Guitarist and growler Wagner Lamounier (Antichrist to his friends) started Sarcófago in Belo Horizonte, Brazil, in 1985, shortly after being booted out of fellow death metal upstarts Sepultura, and igniting a bitter rivalry that would rage for years to come. The band’s lineup was in constant flux early on, but by the end of the following year, Sarcófago had managed to record three promising demos, namely Satanic Lust, Black Vomit, and the notorious Christ’s Death — all of which circulated in the tape-trading underground and helped the band gather a small but rabid following. Bassist Gerald Minelli (aka Incubus), guitarist Zéber (Butcher), and drummer Eduardo (D.D. Crazy) were soon on board and Sarcófago signed with local metal imprint Cogumelo Records, which issued their debut full-length, I.N.R.I., in July 1987. From the very outset and unlike most of their peers, Sarcófago’s embryonic death metal fury was more openly accepting of punk rock attitudes (witness Lamounier’s carefully groomed mohawk on the album’s cover), which, at the time, constituted heavy metal fans’ natural enemies. This contradiction earned them respect in some quarters as unwitting crossover pioneers, but also led to massive brawls (and another long-standing beef with true punkers Ratos de Porão) between the two musical tribes whenever the band made one of its rare concert appearances. This limited cd album includes the ‘Christs Death’ and ‘Satanic Lust’ demos and a two track rehearsal from 1989.