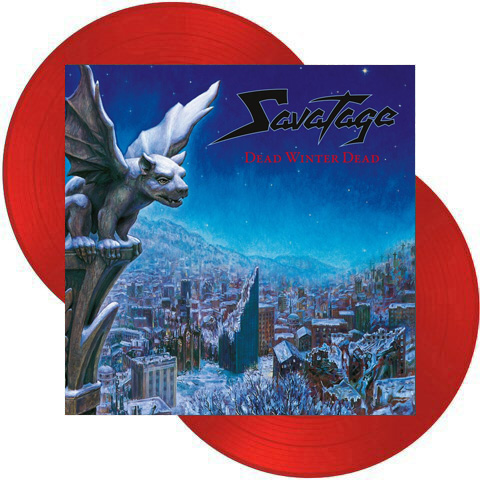 With Dead Winter Dead, Savatage returned to rock opera, a format the band had explored previously on Streets. However, with several line-up changes having taken place since that seminal 1991 album, the sound of Dead Winter Dead is quite different. On this album alone, the group have a new drummer in Jeff Platte and a new guitarist in Al Pitrelli. Chris Caffery, the guitarist who had briefly been in the band earlier, also returned to the group’s lineup. Musically, Savatage have built upon the musical ground of Handful of Rain with grand but heavy arrangements of theatrical and complex pieces. Both “This Is the Time (1990)” and the closing ballad, “Not What You See,” show the strong influence of musicals on the songwriters. Take away the heavy guitars and you have something that could appear in many a Broadway show. Built around a story that takes place during the Balkan War of the early 1990s, the music nicely captures the wide range of emotion that the narrative calls for. While Zachery Stevens provides the vocals for the majority of the album, songwriter and former lead singer Jon Oliva returns on the sinister “I Am,” and “Doesn’t Matter Anyway,” which provides some straight-forward metal in between the more progressive pieces. The instrumentals, “Mozart and Madness” and “Christmas Eve (Sarajevo 12/24),” are surprisingly well-arranged ominous metal versions of classical and traditional Christmas pieces, the latter of which would appear on the first Trans-Siberian Orchestra album. All in all a minor masterpiece