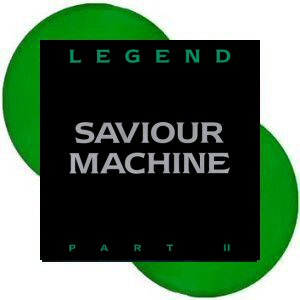 This, the second album in Saviour Machine’s Legend Trilogy, has everything and album about the end of the world would need: Beautiful and ever-so-chilling classical compositions, doomy but powerful operatic vocals, and it even rocks in places. Some more things that add to the chaos are the female choir and also sound samples and other apocalyptic sounds (usually placed at the winding-down of a very intense track). The sound effects/samples are NOT cheesy at all but very well placed and make for some very intense and even downright scary listening. The lyrics deal heavily with the end of the world (the biblical apocalypse) and they are utterly chilling at times.

“…And the king of the North will come with his armies
Cursed to fall …
I will annihilate them all …
And their flesh be consumed from their bones …
And their eyes be dissolved in their heads …
And the tongues from the mouths of the dead
Will scream in silent horror of defeat
As they stand on their feet … all the world will weep …”
-(from Antichrist II: The Balance of Power)

Not ALL the lyrics are that macabre, some are very beautiful and moving. The sound is just so huge and truly epic. Truly some of the most powerful and emotional music I have ever experienced, just check out the last track, “War in Heaven, the Second Fall” to see what I mean. Some other highlights are “Behold, A Pale Horse” and also “The Whore of Babylon” and “Antichrist II: The Balance of Power”. Legend II is just like the first album massive and it take some time to get into it all. There is so much to take in, the songs so thickly layered with beautiful chaos. Something new can be discovered with each listen, that’s for sure. To listen to it from beginning to end can be draining. I highly reccomend this release as well as any other album by Saviour Machine. If this album is too chaotic for you, Saviour Machine I (not Legend I) is much more rock/metal, and less classical / opera / apocalyptic.