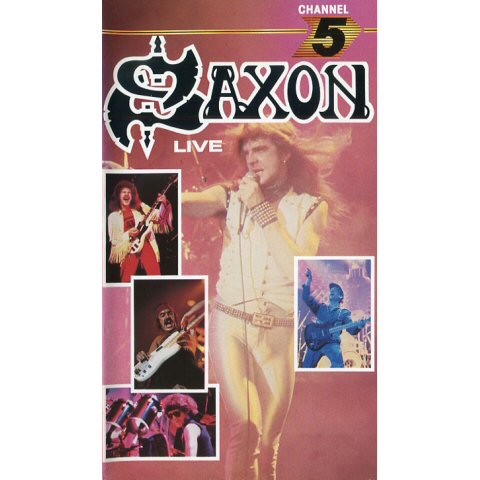 This original vhs is an essential and mandatory title for fans of the band as well as for fans of British metal with emphasis on the NWOBHM. Recorded live at the Royal Concert Hall in Nottingham on the 25th of January 1983 during the bands Power And The Glory tour. What we get here is 4 tracks from the new album as well as three tracks each from Denim And Leather and Wheels Of Steel. During this tour the band performed two tracks from Strong Arm Of The Law too (Hungry Years, Strong Arm Of The Law), why these have been omitted from this release is a justified question. I have no idea but no matter what all songs performed here this night is all classics — as evidenced by such renditions of Saxon standards as “The Bands Played On,” “Princess Of The Night,” ” “747 (Strangers In The Night),” and, of course, “Wheels Of Steel.” Fans of Biff Byford and company should track this one down