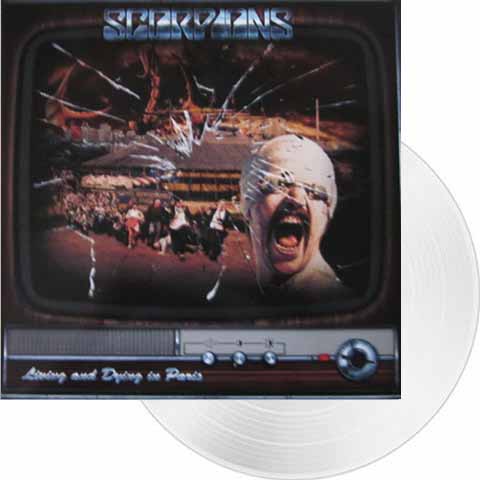 In 1982 Scorpions released their Blackout album and they hit the road in February that year to support it. What we have here is a live document that is recorded very early into the tour, namely at the Hippodrome De Pantin in Paris on the 6th of March 1982. After the opening intro, Scorpions kick starts with an intense performance of the furious Blackout, one of their most known killer songs, before moving into slightly calmer waters with Dont Make No Promises, Make It Real, the popular Cant Live Without You and their new ballad Holiday. The bad has created a good balance between the track list, moving the audience into more emotional fields. Then comes classics such as Lovedrive and Hes A Women Shes A Man before the fast anthems Another Piece of Meat and Dynamite, taken from Lovedrive and Blackout, which shows that Blackout probably was the heaviest album the band ever did. Then they finish it off with Steamrock Fever. A brilliant show were the bands musical performances are untouchable, with honorable mentions to Klaus Meine’s impressive high range vocals, Rudolf Schenker’s memorable riffs and Matthias Jabs remarkable lead work. Most fans thought the band were at the top of their game here but they would release Love At First Sting two years later which would become an even bigger success. Then it was 1984 and it was a time where major hard rock/heavy metal acts ruled the world and played sold-out shows all over the world.