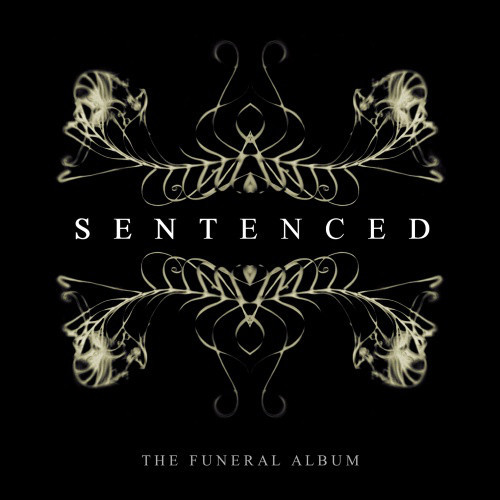 Starting in the early ’90s, Sentenced was one of the pioneering bands who helped set Finland on the path to a prominent position on the world’s heavy metal map. And even if that position would mostly reap benefits for a younger generation of metal acts, Sentenced’s popularity seemed to increase steadily through the years, in accordance with their radical evolution from rough-and-tumble death metal to a sleeker, more commercial style. Even so, one would have to be a blind apologist to deny that the group’s albums — much like those of countrymen and contemporaries Amorphis — had started sounding a little safe and formulaic as the years wore on. So, whether this was a result of their becoming too comfortable in their niche to come up with enough new tricks, or simply lacking the fire and urgency that only youthful desire can inspire, one couldn’t help but be filled with a morbid sense of anticipation when Sentenced gave fair warning that 2005’s Funeral Album would be their swan song. What can you do? Nothing piques listener nostalgia quite like the finality of impending death, but, remove that understanding and the fact that numerous tracks here (“Lower the Flags,” “Consider Us Dead,” and “End of the Road,” among others) discuss mortality in no uncertain terms, and what you have is another exceedingly well-conceived but still mostly unsurprising Sentenced LP. Sure enough, as had been the case in recent years, its songs range from stomping, made-to-order metallic anthems like “May Today Become the Day,” “Despair-Ridden Hearts,” and “A Long Way to Nowhere,” to accessible, driving hard rockers such as “Ever-Frost,” “Vengeance Is Mine,” and “Drain Me,” to the odd power ballad in the contemplative “We Are But Falling Leaves.” Also worth noting are two brief interludes which manage to span the width of Sentenced’s creative range: “Karu” being a desolately lonely acoustic guitar piece, and “Where Waters Fall Frozen” offering a sub-minute collection of devastating death metal riffs that will leave purists’ mouths watering and thirst unquenched, in the end. Oh well, such is life — or death, as it were. And let it be said that Funeral Album is a more than worthy parting shot (uh-oh, nostalgia strikes!) for a band whose many years of able service to heavy metal’s cause are made all the more poignant by their ability to call it a day when they felt the time was right. As goes the saying: Sentenced is dead, long live Sentenced!