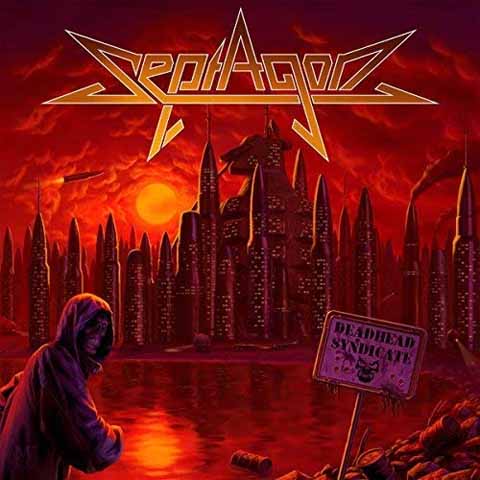 Septagon was born from a collaboration between Lanfear’s mastermind Markus Ullrich and Atlantean Kodex frontman Markus Becker. Paying homage to the old-school US Speed/Thrash Metal scene, the band fires their debut album Deadhead Syndicate our way with technicality and proficiency. The album is actually pretty original in many ways, especially in the fact that it doesn’t always rely on the generic verse–bridge–chorus–solo formula. Of course, there are still conventional tunes like the good Unwanted Company and Exit…Gunfire, but the album has songs with no chorus whatsoever, songs with long introductions, changes of pace between sections of a song, etc. Deadhead Syndicate will most likely get praised on many metal circles, and with good reason. Relying on the abilities of respected musicians, the album shows a mature effort from a new band, with a few standout tracks and some awkward ones, but it still has room for improvement. Keep an eye on this band, because Ullrich and Becker made very clear that this isn’t a side project, but a full-time act.