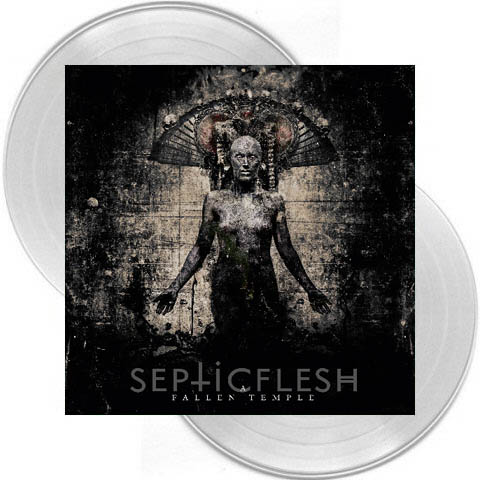 Originally released in 1998, A Fallen Temple was the fourth full-length release from Greek metal band Septic Flesh. At this point in their career, the band hadn’t quite made the transition from a heavy doom/death sound to the more symphonic death metal sound they’re known for today, but they were definitely evolving. A Fallen Temple isn’t an entirely new album. There are some new songs here, and some re-recorded older songs done in the band’s newer (at the time) style. It’s still very much rooted in the (early) Paradise Lost and My Dying Bride sound, but with a more symphonic and gothic focus this time around. There’s more melody, more orchestration, and even a soprano female vocalist on a few tracks. The end result is part My Dying Bride, part Therion and maybe a bit of Moonspell, but it all comes together nicely. The two Underworld epics are highlights, as are the two versions of The Eldest Cosmonaut. Given its split focus, it’s probably not as essential as the Septic Flesh albums immediately before and after it, but A Fallen Temple is still well worth picking up if you’re a fan of this very creative metal band. It’s worthwhile especially as a step in their continued evolution as a band.