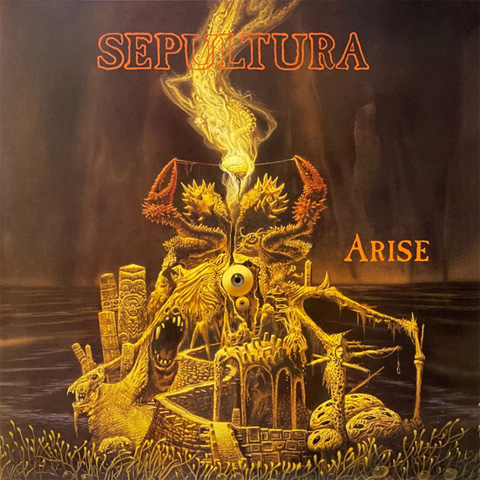 Sepultura had shocked the thrash metal world in 1989 with the release of their third album, Beneath The Remains, whose seamless combination of songwriting chops and utter brutality quickly transformed the Brazilians from scene outsiders to one of its brightest hopes. The band toured nonstop in support of the album for most of the following two years, and was therefore pressured by both time constraints and enormous expectations when the bandmembers finally entered Tampa’s Morrisound Studios with producer Scott Burns to record 1991’s Arise. And though it ultimately lacked the consistency of its predecessor and added little innovation to the band’s sound, Arise has aged surprisingly well, proving itself a worthy progression and surprisingly well-rounded in its own right. First single “Dead Embryonic Cells” was unquestionably the strongest of the band’s death metal era, and its accompanying video broke new ground thanks to ample MTV rotation. Ironically, the subsequent banning of the vicious title track’s video (filled with apocalyptic religious imagery) by the cable network would generate even more publicity than Sepultura could have hoped for had it actually been aired. Other album highlights included such complex, multifaceted pieces as “Desperate Cry” (an all-around tour de force for lead guitarist Andreas Kisser) and “Altered State” (which combines a Tarzan-style intro with a grinding detuned main riff and even acoustic guitars), as well as more straightforward thrashers like “Infected Voice” and mid-paced chuggers like “Under Siege (Regnum Irae).” Simply devoid of filler material, this album remains a classic of the thrash metal genre.