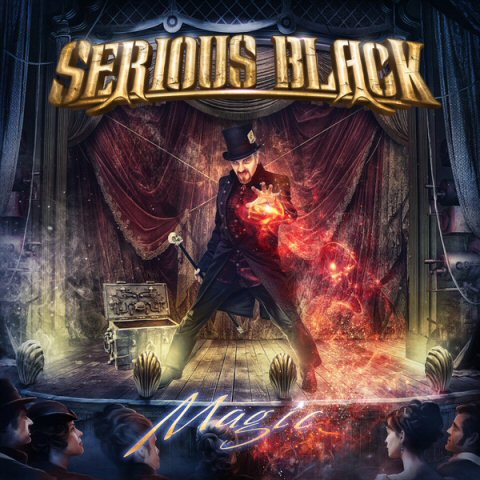 Serious Black, the new band featuring Mario Lochert (ex-Visions Of Atlantis), Dominik Sebastian (Edenbridge), Jan Vacik (ex-Dreamscape), Alex Holzwarth (Rhapsody Of Fire/Avantasia), Bob Katsionis (Firewind) and vocalist Urban Breed (ex-Tad Morose), is different to many of the so-called “all-star” projects, because in fact, they are a real band. “Magic” is a real teamwork effort, a melodic metal jewel displaying conviction, amazing musicianship and outstanding songwriting. All songs could probably be summed up as melodic metal with some nods to power metal (The Witch Of Caldwell Town, Skeletons On Parade) and Hard Rock (True Love Is Blind, Newfound Freedom). Overall, there is a focus on catchy melodies and songs rather than on progressive song structures. Still there is enough variety to keep the album interesting throughout the running time: be the slow chorus at the end of The Witch Of Caldwell Town, the second half of Mr. Nightmist, the spoken part in Burn! Witches Burn! or the complete final track One Final Song almost sounding like a musical.