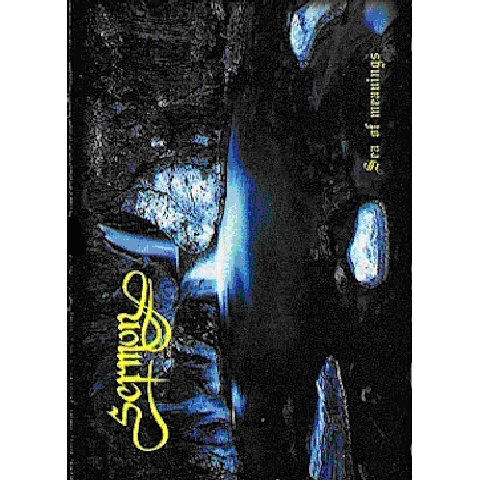 Official Turkish licensed pressed cassette on Yucel Muzik. Yucel was a small underground cassette label that released 21 cassettes between 1998 and 2001, before calling it a day. Clear cassette with grey text

Sermon is a gothic doom metal band from Turkey. Formed in Izmir back in 1996 and their debut demo Cosmic Power was released in May the year after. Their first demo was an independent release but the local and newly started label Yucel Muzik, formed in Izmir in 1998, heard the demo and wanted to sign the band for a second demo session. The line-up of Hakan Keklikcil, Cem Barut, Özden Cairli and Kamil Uslu headed to the Dar-ul Rock studio in December of 1998. It was this recordng session that would become their second demo, Sea Of Meanings, that would be released on Yucel Muzik in 1999. The four tracks on this demo can best be described as a combination between Type O Negative and Paradise Lost.