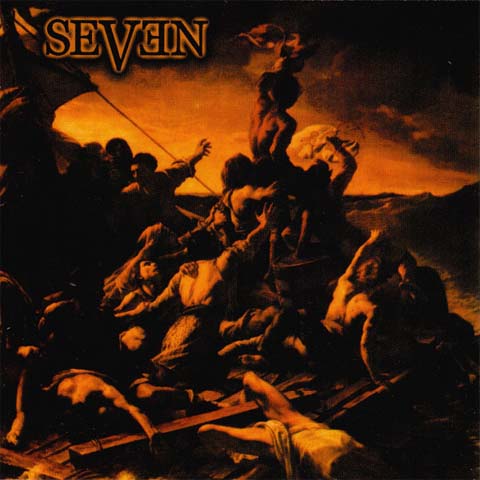 Seven from Norrkoping, Sweden started out under the title Warhammer before changing name. Seven struggled with the not so pleasant job with trying to revive and update the low income underbelly of the NWoBHM, bands like Samson, Witchfynde, Grim Reaper and Savage, who were undeniably pure of heart in their respective corners of the genre. Not very fast or modern in this day and age, but very good all the same. Seven recorded two tracks for the local ‘Born To Walk Against The Wind’ compilation album released in 1998. Lound N Proud who released the compilation album also released Sevens only full length album ‘Break The Chains’ the year after. What burns out of the speakers when you play the album is an eccentric English hard rock/metal, courting AOR, true metal, and minor speed/thrash metal. This results in a warm and communicative, yet truly axe-heavy slab of biker metal with some devastatingly loud and edgy guitar solos, worthy of the influences it has put on its back. When the band was put on hold the members went on to acts like Last Temptation, Hellbender and Blazing Guns. Fans of true 80s metal should check this out. It deserved more.