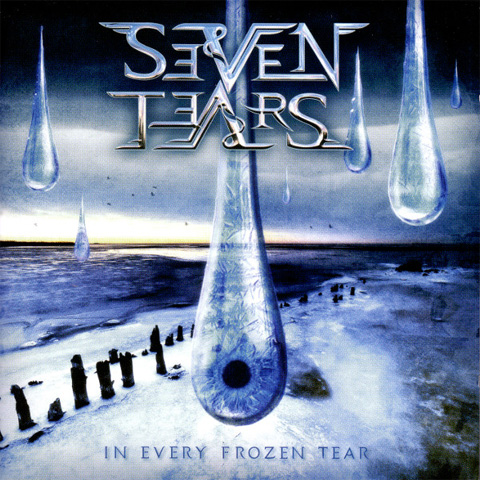 Released in late 2007, In Every Frozen Tear is the debut album from Swedish melodic metal band Seven Tears (though they had previously released demos under the name Atlantica). The band has a highly melodic, somewhat progressive sound that treads a fine line between rock and metal. The closest comparison to Seven Tears sound is Australian band Vanishing Point. Seven Tears has the same level of heavy guitar work, atmospheric keyboards, and singer Zoren Djorem’s emotional midrange vocals are reminiscent of Silvio Massaro’s (though without Massaro’s range). They probably sound too similar to Vanishing Point at times, but it’s their first album so I can give them the benefit of a doubt. In Every Frozen Tear is a heavier album than you’d typically expect from the Frontiers label, but it’s also a highly melodic album and has some of the AOR/melodic rock aspects that Frontiers is so well known for. I can see it picking up melodic rock fans that might not go for an all-out metal band, and vice versa. Fans of Vanishing Point and Nightingale will get the most out of this album, but it should appeal to anyone who enjoys Vanden Plas, Cloudscape, Jorn, Pretty Maids, and other high quality melodic hard rock and metal bands.