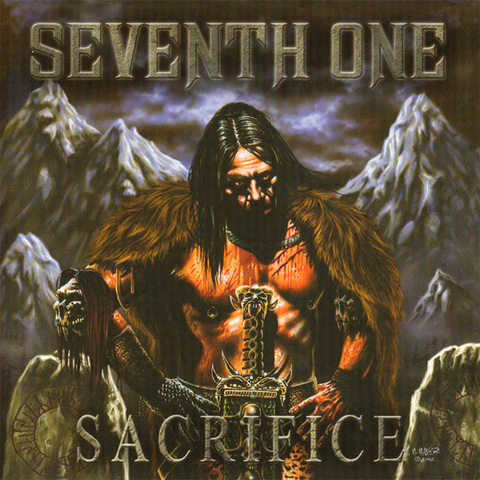 With their tremendous debut album Sacrifice Swedish/Norwegian Seventh One surprised a whole metal world, because it’s not that usual with so much hysteria around a band that’s releasing their first album. But Seventh One succeeded and the band was ranked as the best new band of 2002 in several magazines and websites. The intro of this album, Spiritual Awakening could perfectly have fit on the Halford album Resurrection and it dont take many minutes of the first track Eternal Life In Lies before your have your metal fists flung high and straight up in the air. Soaring anthems and soaring vocalists singing tales of good versus evil with vocalist Rhine Fredh offering a few comparisons to singers such as Henning Basse (Metalium), Nick Holmes (Paradise Lost), and Iced Earth’s Matt Barlow all wrapped around some chomping, riff-intensive heavy guitars courtesy of Christoffer Hermansson and Johannes Losbäck. Seventh One convey a real energy about them for the majority of songs with only a couple of fillers to spoil the wickedly tasteful broth. They do mix their sound up considerably, too; from the speed thrusts of Eternally and Sacrifice to the mid-paced title track and the utterly engaging The Fall to the bellowing, long-winded ballad of Hallowed Ground and Remembrance. This album has heaps to offer the true metal warriors. Features Johannes Losback (Wolf) and Tobias Kellgren (Wolf/Dissection)