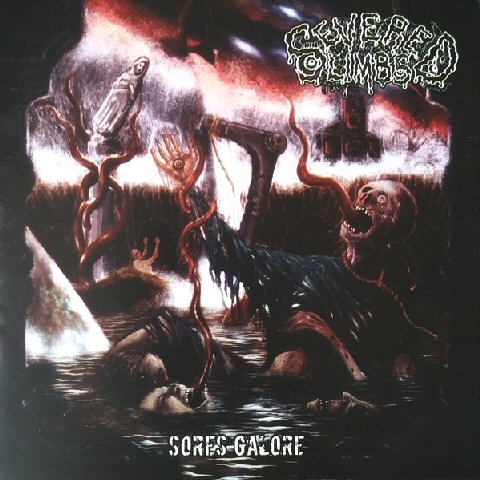 Whatever you think of Rogga Johansson and all his projects you just need to admire him no matter what. Rogga just have to be possessed, as he never seems to grow tired in his mission to devote all his life and skills to create pure death metal music. Severed Limbs was a project born after a Paganizer rehearsal when Rogga and drummer Jocke Ringdahl shared some beers and shared a vision to create another death metal band, but this time more influenced by the American scene. After a rehearsal demo in 1999 the band were put to rest. Several years later Rogga recorded another rehearsal demo with the new Paganizer drummer Matthias Fiebig. That was supposed to be all by this band but then several years later when record labels asked Rogga for more material he gave this band a rebirth. The debut album In Each Scenario You Die hit the shelves in 2013 and 5 years later its time for album number three, Sores Galore. This album is much in the vein of the first two albums, heavy but still with groove. Old school death metal fans need this one, it will get you growling Sores Galore….a fate so horrid. Lovely

Track list:
1. Submerged In The Sewers
2. The Clock Says Devouring Frenzy
3. Sores Galore
4. Crushed By The Droid
5. Consumed By Fire
6. The Surface Hides The Hunter
7. By The Throat
8. Spiked
9. Fields Of Horror