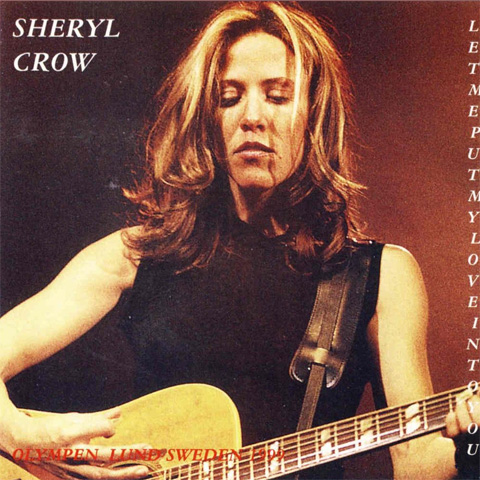 Sheryl Crow ‎–Let Me Put My Love Into You cd

As a singer Ms. Crow milks ambivalence, using her naturally tight, throaty voice to express tension or regret. And as a writer she spices up her classic approach by weaving together elements ranging from garage-rock keyboards to folk-tinged violin in arrangements that reward repeated listening. All of these well deployed gifts make Ms. Crow a compelling mainstream artist. But they don’t always aid her in performance. Ms. Crow has sometimes appeared stiff and almost meek onstage, not unlike Lucinda Williams, another talented writer who prefers to put her songs before herself. At this show at Olympen in Lund, Sweden (February 3rd 1999) she compensates for her undramatic tendencies by assuming a casual attitude. She chats and jokes on stage and sometimes surrounds her songs with humor, even though the songs might have darker themes. As a bonus on this disc we also have four studio tracks