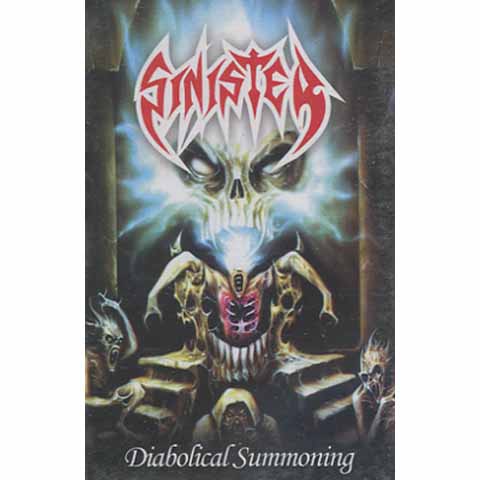 Sinister’s first two albums are must-haves for any death metal freak. Their second album Diabolical Summoning were one of those albums that were filled with aggression, great riffs and good songs well up there with Morbid Angel’s Covenant or Death’s Human. Sinister might be a much different beast, but you’ll get all the standard ingredients of kick ass death metal (growling vocals, vicious guitars, blasting drums, evil lyrics) served up proper and twisted. Melodies? Fucking forget about it! This takes every Gothenburg band and every mallcore band and shreds them into an irreparable mound of shit. There is still a reasonable amount of the Possessed-worship of their debut, but on here it’s much more refined and not nearly as frantic. This does work in Sinister’s favor, especially with the leads, which are short but well played. Nope, no Azagthoth extended freak-outs or Schuldiner masterpieces, but more like Deicide’s stuff on their debut album. On here it sounds better, though. Vader can only wish to reach this level of excellence. Everything on here is so close to perfect, except maybe the production (yeah, it’s not the best), that any fan of old death metal should not be without this, or their first album. From here on out, they’d lose members with each release and consequently, the quality of their music would go down.