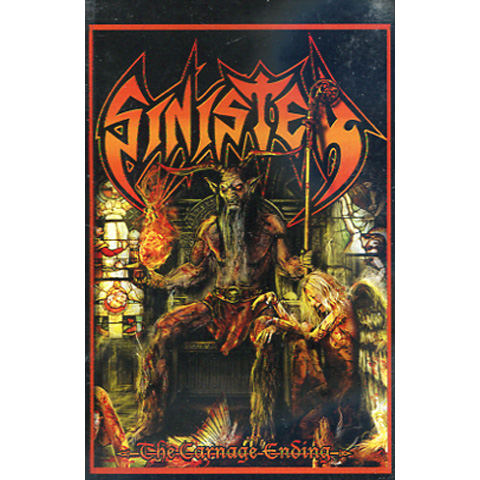 In June 2012, Sinister paid another visit to the Soundlodge Studios where the album The Carnage Ending was recorded. With their eleventh album The Carnage Ending Sinister unveil a new chapter in their rich history. Going back to their old-school roots, Sinister came up with 10 old-school, ridiculously heavy and very modern sounding masterpieces of Death Metal, excellently produced by Jorg Uken from the Soundlodge Studio. The very structured songwriting, the old school feel with modern sound, the straight heaviness, the ever-continuous battering and the massive production mark the biggest changes to the former albums.