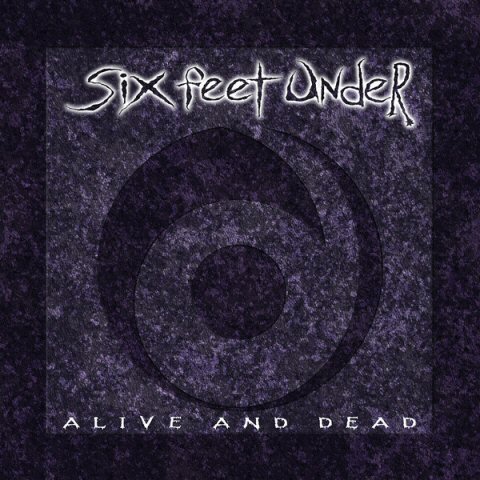 2016 re-issue on black vinyl with insert and poster

The Alive and Dead EP compiles a handful of live songs culled from Six Feet Under’s debut album, Haunted, and features three new studio tracks, including a cover of Judas Priest’s Grinder. While it’s quite interesting to hear how Chris Barnes’ colossal voice carries in a live setting, there isn’t anything too special about this album — it’s a standard issue stopgap release, albeit one by an exceptional group. However, that in itself makes Alive and Dead worth seeking out, especially for fervent fans looking for some live recordings.