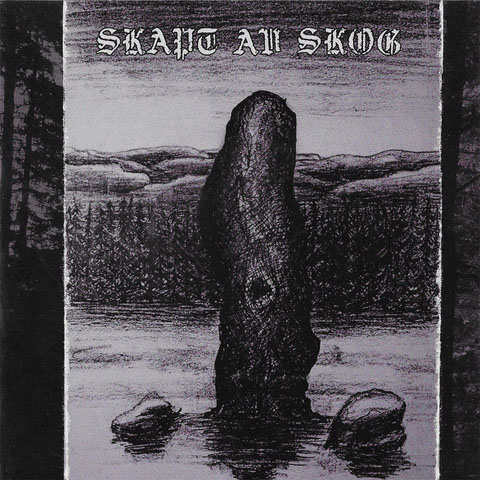 Skapt Av Skog was a Norwegian black metal band, from the Hommelvik area, that was active in the mid 90’s and recorded only one 3-track demo, Skapt Av Skog in 1996. This was one of those band and demo that nobody really had heard of. The demo was supposed to be released on tape in 1997 by Nocturnal Silence but it never happened and then 16 years later, it finally got released as a cd ep. This is a solid black metal release but not the mid 90 Norwegian gem some might hope for, but on the other hand if it had been that groundbreaking then the band would probably not have been that unknown. Pure and harsh black metal with some shrieking vocals. If youre into Norwegian acts such Kvist, early Troll, Urgehal, Taake, Tsjuder, Koldbrann, etc then it should interest you.