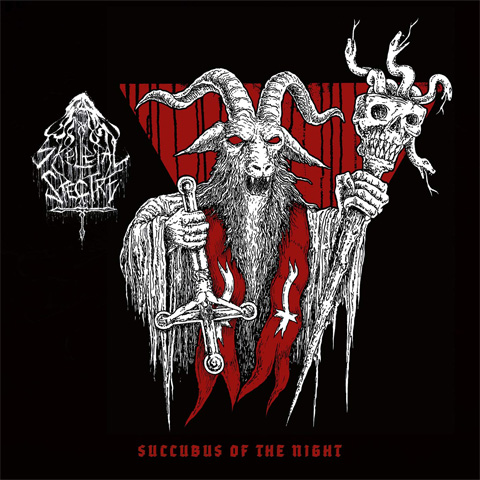 Moving and powerful, mysterious and serpentine, the music of Skeletal Spectre has always been somewhat of a mystery to nail down too brawny to be black metal, yet too melodic to be purely death metal, the band has carved a path all its own with their unique sound and undeniable songwriting prowess. Skeletal Spectre, the Swedish enigma that have always thrived on provoking with class and conviction have always set their own standards that would set themselves up in a class of their own. Every time this forward-thinking group release a new chapter, no matter what musical incarnation they decide to entice with, it is always inevitable that the shapes they come in are nothing short of intriguing, and intimidating. Succubus Of The Night is their fifth studio album. Skeletal Spectre have always managed to stir up some sort of conversation or controversy, sometimes leading to the point of offending; something they have always thrived on and which has ultimately defined them.