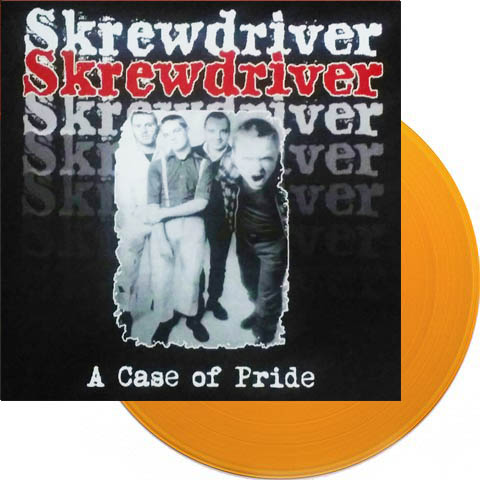 British Punk music has created a genre of simplistic but dynamic Rock n Roll that shook the stiff establishment during dreadful years in 1976 to 1979. Skrewdriver was one of those protagonists on their quest for rebellion and fame. A band labelled as infamous, but their early Punk career remained often nebulous. A Case Of Pride was written by Ian Stuart and originally released on the Built Up Knocked Down EP in 1979. This 2015 single features that track and the track Breakout, written by guitarist Glen Jones.