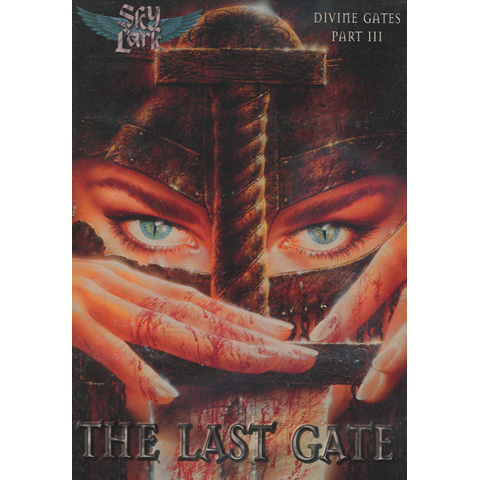 Still sealed limited A5 digipack with one bonus track

Italy’s Skylark was founded in 1994 by vocalist and multi-instrumentalist Eddy Antonini, who dreamt of combining elements of all his favorite musical styles: classical, pop music, progressive rock, heavy metal, etc., into a single musical venture. Far-reaching as this goal may sound, it would quickly start taking shape when Antonini and this band members recorded Skylarks debut album, 1995’s ‘The Horizon And The Storm’. Part concept album, part rock opera, this record set the tone for Skylark’s later works. The band took a break in 2001 and when they resurfaced in 2004 it was with a new line-up, most notably hiring the talented Kiara as lead vocalist. This ‘The Last Gate’ album was released in 2007 and its the final chapter of their epic saga that began with ‘Gate Of Hell’. Ever since they began to have a female vocalist, from the 2004 album ‘’Wings’ and forward, they’ve slowly moved away from the pure power metal sound, instead emphasizing on the more melodic elements that better suit Kiara’s voice. There’s still plenty of power metal speed, and the fantasy theme from previous albums is continued here, but at this point nobody is going to mistake them for Rhapsody. Of course, the flip side is that the band now has to work that much harder to stand out in an increasingly crowded Nightwish/Within Temptation female-fronted metal pack. In my opinion, The Last Gate is a big improvement over Gate Of Heaven. Skylark seems better suited to their new style than they were to the dungeons and dragons metal genre, and their music is much more memorable. This album was recorded and mixed by Tommy Hansen (Helloween) at Jailhouse Studios.