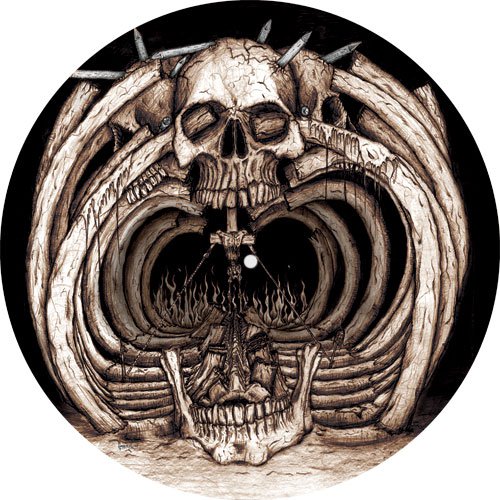 Slaughter is a revered name amongst the annals of the Thrash / Death Metal genre. The band, raised in Scarborough, Ontario, was created during August of 1984 making their mark with the brace of demo sessions ‘Bloody Karnage’ and ‘Meatcleaver’ with ‘Surrender Or Die’ following in 1985. Slaughter capitalised on this with the debut album ‘Strappado’, recorded for the Fringe subsidiary Diabolic Force records. In 1986, Slaughter, would be joined by Death frontman Chuck Schuldiner. Having relocated from Florida Schuldiner’s tenure lasted a matter of weeks before he journeyed back home to re-activate Death. This limited official album includes a 1986 rehearsal from the time when Evil Chuck Schuldiner were handling the guitar and vocals. Features liner notes by Dave Hewson along with an insert of band pictures and concert flyers.