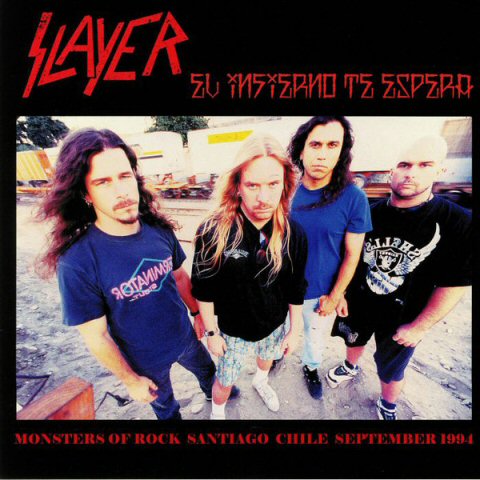 Slayer, live at Monsters Of Rock Festival at the Centro Cultural Estacion Mapocho in Santiago, Chile on the 1st of September 1994. This was the second show on the Monsters Of Rock South American 1994 tour and at the show in Chile the band performed with Kiss and Black Sabbath with the local influential 70s hard rock act Tumulto as opening act. This was an amazing night with a wild and rabid crowd. The set list was made up of something of a greatest hits package with classics from Show No Mercy, Hell Awaits, Reign In Blood, South Of Heaven and Seasons In The Abyss, as well as Divine Intervention, which was released later that month.