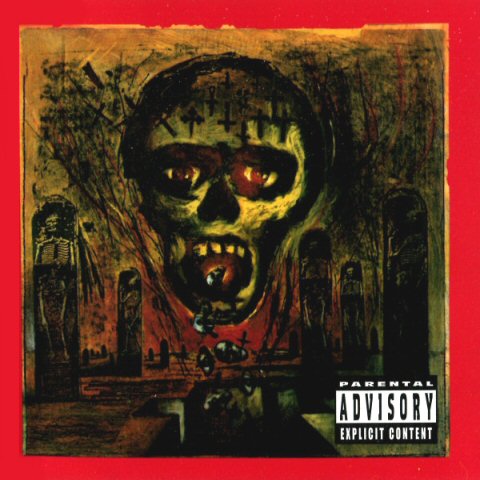 Slayer -Seasons In The Abyss cd

After staking out new territory with the underrated South of Heaven, Slayer brought back some of the pounding speed of Reign in Blood for their third major-label album, Seasons in the Abyss. Essentially, Seasons fuses its two predecessors, periodically kicking up the mid-tempo grooves of South of Heaven with manic bursts of aggression. “War Ensemble” and the title track each represented opposite sides of the coin, and they both earned Slayer their heaviest MTV airplay to date. In fact, Seasons in the Abyss is probably their most accessible album, displaying the full range of their abilities all in one place, with sharp, clean production. Since the band is refining rather than progressing or experimenting, Seasons doesn’t have quite the freshness of its predecessors, but aside from that drawback, it’s strong almost all the way from top to bottom (with perhaps one or two exceptions). Lyrically, the band rarely turns to demonic visions of the afterlife anymore, preferring instead to find tangible horror in real life — war, murder, human weakness. There’s even full-fledged social criticism, which should convince any doubters that Slayer aren’t trying to promote the subjects they sing about. Like Metallica’s Master of Puppets or Megadeth’s Peace Sells…but Who’s Buying, Seasons in the Abyss paints Reagan-era America as a cesspool of corruption and cruelty, and the music is as devilishly effective as ever.