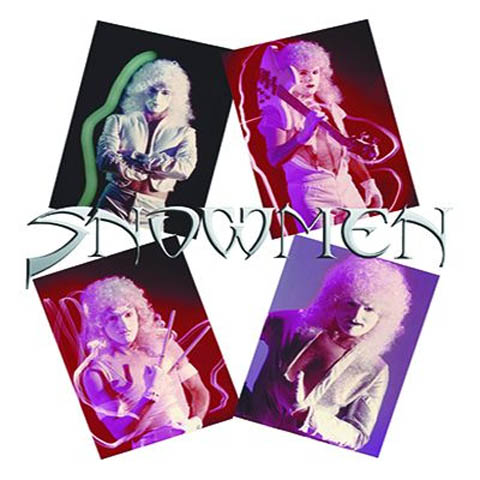 With their chilly white faces and hair, originally attacked the heavy rock scene from the icy heartlands of Pennsylvania. The core of the group, singer Dale Lee, guitarist Kevom Dever and the drummer only known as Animal, formed a band in Erie, Pennsylvania called Speedqueen. With this band, they toured the East Coast and Canada. After a considerable number of performances, the band members decided they wanted to be more visual and theatrical so as to give full value to their audience. Hence, the Snowmen were born, with a full blown stage production including state of the arts special effects and the Snowmen’s outlandish makeup and costuming. The Snowmen came out for their first official gig on Christmas 1977 at the Roadhouse in Jamestown, New York. After making their presence felt on the East Coast, the Snowmen moved to sunny California. The Snowmen’s only album was the self-titled album released on Ice Records in 1982 and it was followed by the single Take A Better Look At Yourself the year after. This 2016 release features the album and the single as well as two previously unreleased bonus tracks.