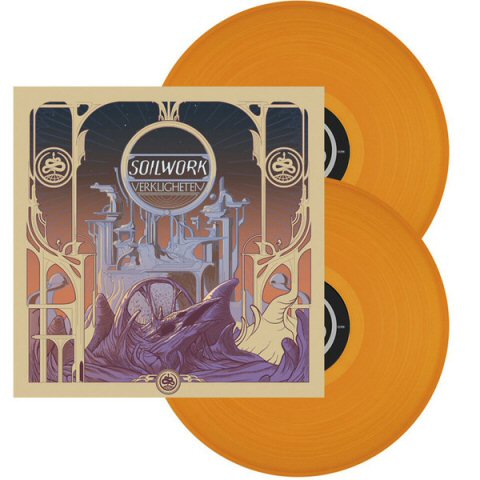 Verkligheten is the Swedish word for reality, the entity that we’re all trying to escape from. Verkligheten is our attempt to try and go somewhere else, to express all those things that are born in between hypnagogic states and frenzies of hyperrealism. Soilwork has been around, in one form or another, for twenty years now. Some people say that they haven’t made anything worth listening to after Steelbath Suicide. Some have only heard Stabbing The Drama. Some think The Living Infinite was quite epic. It’s all good. At this point in a band’s career, you can either choose the nostalgia route, playing old albums in their entirety, because that makes an easy package for promoters to sell. And the music industry is a lot about selling these days. You can also choose to ignore reality, and do what you really want to do, and try to evolve and create something new and different. Because that’s the reason you started doing this in the first place, right? To make some sort of impression somewhere, to perhaps make someone feel a bit moved or confused or inspired, or just to create something that would keep resonating somewhere in the ether, perhaps to become an ignored aural wraith, but perhaps also to be remembered. Because there will always be another version of reality, and some of us will always try to find a way out of it.

Track list:
1. Verkligheten
2. Arrival
3. Bleeder Despoiler
4. Full Moon Shoals
5. The Nurturing Glance
6. When The Universe Spoke
7. Stålfågel
8. The Wolves Are Back In Town
9. Witan
10. The Ageless Whisper
11. Needles And Kin-feature Tomi Joutsen
12. You Aquiver-feature Dave Sheldon
13. Summerburned And Winterblown
14. In This Master’s Tale
15. The Undying Eye
16. Needles And Kin-original version