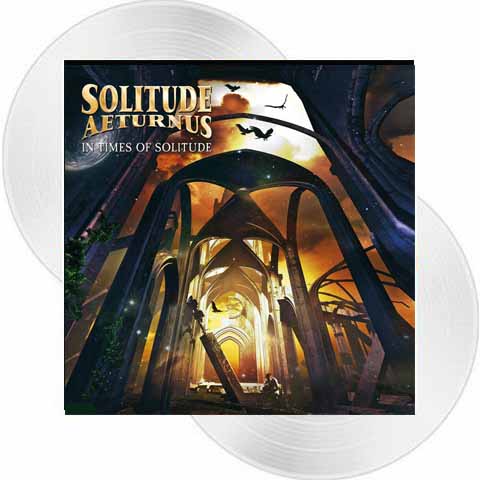 Formed in the spring of 1987, Solitude Aeturnus are still producing some the finest heavy metal music on the planet! Out of a sheer dark desire to spread the power of heavy head swirling and pounding hell metal the band pushes onward. With the release of In times of solitude the US doom metal gods close an essential gap in their discography. The legendary and mega-rare Justice For All cassette EP from 1988 will be made available now to everybody by John Perez. The material was remastered and four rare bonus tracks from those early days were added. The release is completed by an extensive booklet with rare photos and liner notes making this one a must-have for fans of the band and for those who dig doom metal of the Eighties and Nineties.

Track list:
1. It Came Upon One Night
2. Transcending Sentinels
3. Into Battle
4. Sojourner
5. Where Angels Dare To Tread
6. Rememberance Of A Life
7. And Justice For All
8. Sojourner
9. Mirror Of Sorrow