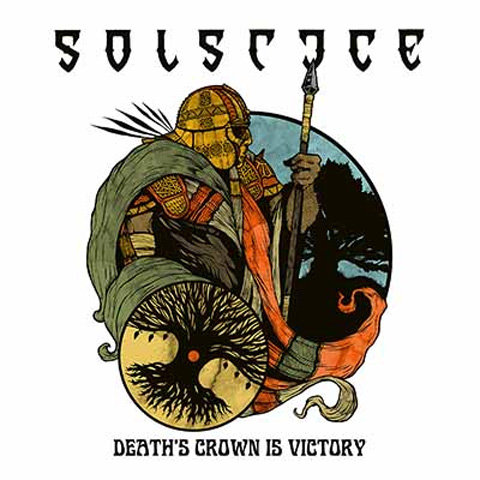 When after 15 years, Solstice released the successor to their full-length masterpiece New Dark Age in 2013, it was just an EP but still no disappointment for fans of England’s premier epic metal band … on the contrary. Flanked by three shorter, restrained instrumentals, the two longtracks at the heart of Deaths Crown Is Victory distill the essence of a partly reformed yet stylistically unwavering group that has not – to this day – found its peers yet. As a seamless combination of British seventies folk’s fragility and muscular metal from the earliest forges in the country, the five-tracker surely stood the test of time, and to make sure that Solstice founder, guitarist and main composer Rich Walker is also meant to stay, Death’s Crown Is Victory now gets a proper re-issue treatment in support of the cancer-stricken band leader.