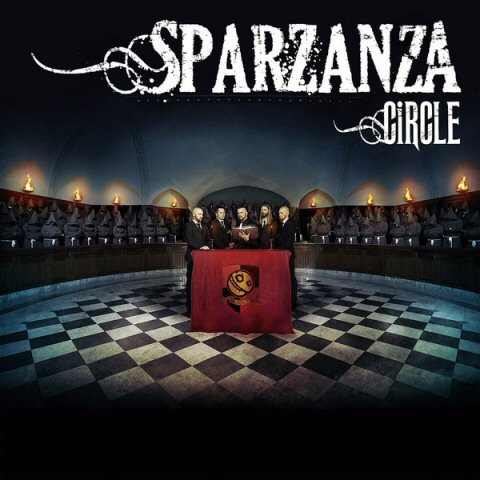 Circle is Sweden’s Sparzanza’s 2014 album and it clocks in at 37 minutes. It opens with the instrumental “Bradycardia” before launching into the first vocal track called “Pine Barrens”. Its clear that the band has abandoned their earlier stoner influences. What we find on Circle is somewhere between hard rock and heavy metal, with traditional roots but a modern edge. Some of this comes from some songs have a harsher, heavier, d-tuned still like Pine Barrens, but also from Fredrik Weileby’s vocals. His voice is versatile going from generally clean melodic to some of that hardcore rawness, even within the same song. Pine Barrens is one example, as is Underneath My Skin. But in midst of all this is Sparzanza’s keen ability to mix melody, groove, and harmony with the ease of experience and raw talent. Other times some more curves are thrown. Sometimes I hear a mixture of recent post-grunge trends mixed black album Metallica. The Contract and the ballad As I Go Away seem to lean more towards the former. But then easy thrashiness and speed remind me of the latter. Into The Unknown finds me thinking of James Hetfield and Nothing Else Matters. Again some of this comes from Weileby’s voice, which seems to surprise on most every song. As with Death Don’t Spare No Lives and Do What Thou Wilt, mostly Sparzanza works the angle true heavy metal with large riffs and melody in that modern context. Lead guitar solos fly as well, adding to your listening pleasure. Frankly, while not being a fan of much modern rock and metal, Sparzanza allows you to forget the ills of that genre and focus on some darn catchy, quite heavy, still melodic hard rock and metal bolstered by versatile vocals. It’s a win-win situation. Recommended.