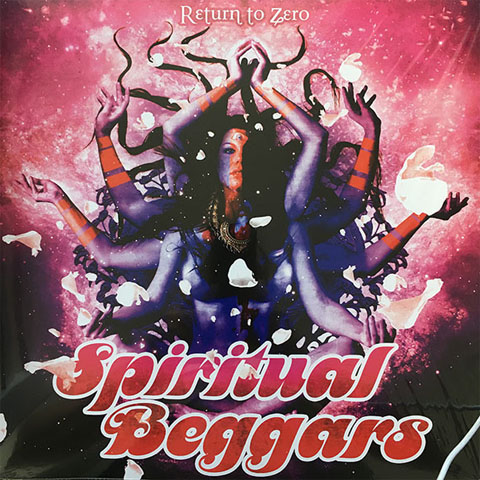 Return to zero is the seventh studio album by Swedish, 70s oriented stoner/hard rock band Spiritual Beggars. The line up features founder guitarist Michael Amott, drummer Ludwig Witt, key player Per Wiberg, bassist Sharlee D’angelo plus new lead singer Apollo Papathanasio; perhaps a far from obvious choice for a lead vocalist, Apollo has served in the power/progressive/neoclassical genres rather than retro-oriented rock. For that matter it has to be clear that Apollo has mastered ideally the musical style and material on “Return to zero”, proving a great vocal fit for these latest songs of “Spiritual beggars”. In terms of musical direction, one has to comment that there is a shift from an early-70s sound to a late-70s/early-80s sound. The stoner/classic rock element is very much alive in the riffs and production yet one traces the influences of `UFO’ and `MSG’, (bands that thrived during that period) on songs like “Concrete Horizon” and “Coming Home”. Subsequently there is evidence of the band shifting in musical style which is definitely complemented by Appollo’s vocal approach. Overall, “Return to zero” is a quality release in the field of 70s-oriented rock/metal that will probably satisfy fans of the band and genre; while a good number of songs will also appeal to audiences outside this style of rock.