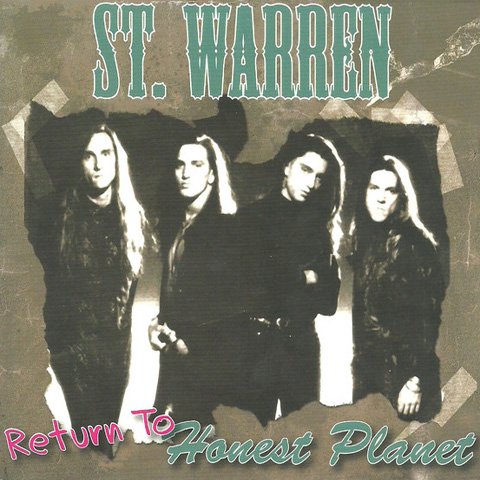 A good song is a good song – bottom Line! And St. Warren is no exception to the rule. In fact, the brothers, Brett and Brad, are currently proving that over and over again. The brothers roots take them all the way back to Tampa Florida where they had an early hard rock/ hair band called Eden Rock which would eventually evolve into St. Warren. In the late 80’s/ early 90’s, St. Warren was a staple on the Florida hard rock circuit competing for the top band spot and huge buzz year after year. Their shows were legendary and would sometimes draw between 500-1,000 fans per show. Not bad for a local band heaped in the middle of countless other hair bands vying for the same attention. The band consisted of Brij (Brad) St. Warren and Brett St. Warren, Jeff McDonald on bass, and a few revolving drummers. What made this band stand out was not only the amazingly well-written songs but the side-by-side brotherly harmonies. Brad, two years the elder, delivered the band’s rocking side with his distinct lead guitar style and background vocals while Brett delivered each song with his rock infused vocals and rhythm guitar. Jeff McDonald was the staple of the rhythm section playing with a few different drummers. St. Warren played extensively and was one of those bands that should’ve been signed and would’ve been signed had the bottom of the hard rock/hair-band craze not fallen out with the influx of the grunge scene. This release includes 7 of the 8 tracks that were released on the 1992 album Honest Planet as well as two bonus track from the same era.