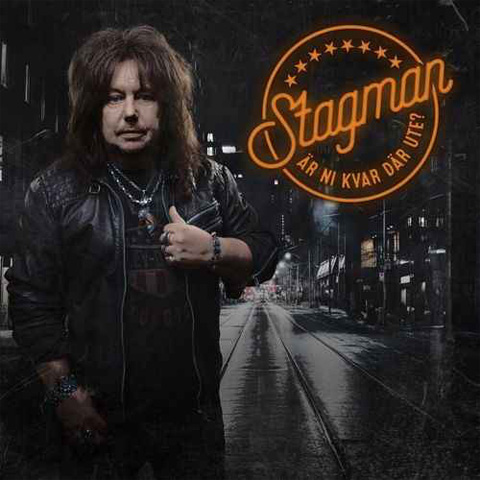 Zinny Zan, former frontman of Swedish glam rockers Shotgun Messiah and Zan Clan, took a left turn in 2017 when he decided to record an album in Swedish under his real name-Stagman! Not only that, but he’s also decided to leave out his old glam past and record an album of mature rock songs. The music range from the catchy rock n roll sounds of Springsteen and Petty, through some emotional ballads and then to some real epic rock that wouldn’t sound out of place at a Muse or Coldplay concert. Primarily aimed at his home domestic market, this album should appeal to all fans of classic catchy rock n roll. Nothing too heavy, nothing too soppy, but always very very good. If youre into adult rock then give it a try, you’ll be very glad you did. The album also features musicians from Crash Diet, Treat and Skintrade.