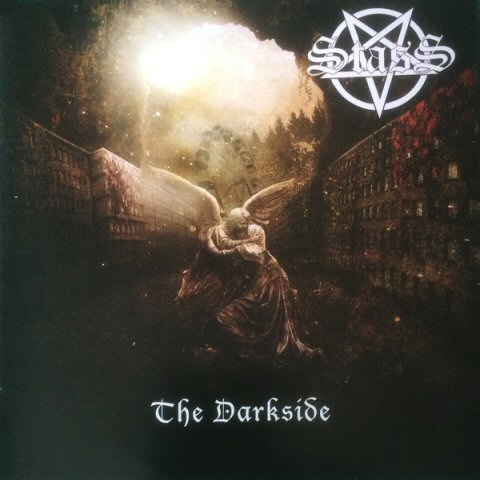 The Darkside is the debut album from Stass, a Rogga Johansson project together with Crematory‘s Felix Stass. How Rogga can find the time for all his projects is a mystery. Rogga had already ten new releases out during 2017 at the time of this release and then there were still some months to go. As expected from the minds behind Crematory and Paganizer, Stass has some electric melodies or over the top hooks. The Darkside is melodic, but only overtly – it would rather thrive in darkness and discord than soar with the eagles. “Warriors Land” filters light in through the crack in the door, just enough to illuminate the carnage inside. Dripping with malice, Stass brass-knuckle through riffs that unsurprisingly share a good deal of ground with Rogga’s Paganizer. However, Stass often sounds like a more melodic Vallenfyre that swapped out its d-beat grind for Hypocrisy and Before the Dawn pick-me-ups. Stass avoid the grand glossing over that hinders plenty of death albums by imbuing tracks with enough identity to stand apart from one another. Felix contributes to the cause with vocals that remain multi-dimensional despite their crushing abilities. “Forever Blind” rolls a bit of gothic into the mix, enveloping the track in a Peter Steele (Type O Negative)-nee-Paul Kuhr (Novembers Doom) take in a way that feels natural within the scope of the song. Likewise, “Angel of Doom” runs long but deepens The Darkside with the haunting influence of Gregor Mackintosh, evoking Paradise Lost on top of Vallenfyre at times. Rogga and Felix make a fine pair but in a year chock full of mediocre melodic death, it’s easy to dismiss Stass as another brick in the wall. The Darkside probably won’t catch the eye of anyone who isn’t looking for it. At its core, it’s Rogga being Rogga with a cadre of solid performances around him. However, viewing The Darkside through the lens of an artist who works to live, who simply cannot take a day off, brings with it an appreciation of the craft. The consistency embodied in The Darkside is an impressive feat all its own. It doesn’t hurt that the music’s good too.